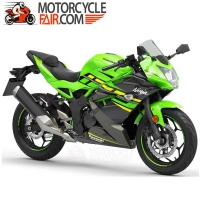 Kawasaki Heavy Industries is the parent brand behind India’s leading sportbike brand. It is well known for its performance focused products that undercut respective rivals by a huge margin. The origin dates back to 1896 for Heavy industries while motorcycles and engine division was formed later around 1960’s. India Kawasaki Motors is an official subsidiary of the parent brand and operates in India independently after end of alliance with partner Bajaj Auto. They are the only brand to have a supercharged motorcycle engine with them that is on use for five different variants from Kawasaki. They first started business under the Meguro brand.

Meguro was bought by Kawasaki Heavy Industries and later, renamed to Kawasaki Motorcycle Company. First few years of the brand were marketed with Kawasaki Aircraft logo on their motorcycles. After 1967, they worked on models named K1 and H1 to improve presence in various international markets. They have worked on reusable aerospace parts, aircrafts, trains and almost every possible manufacturing segment under heavy industries. Fans would be shocked to know that they even have teams working on missiles, space systems and helicopters. India Kawasaki Motor is limited to just two wheeler and that includes their off-road options.

Kawasaki lineup is one among the most impressive lineups of all time. Starting right from quarter liter naked machine, the lineup goes till mighty Ninja H2R in India. Their international lineup has a long list of cruisers, sport bikes, off-road machines and naked street fighters on offer while Indian lineup is primarily restricted to sportbikes due to preferences of Indian buyers.

As on Feb 2018, they just have one cruiser named Vulcan S on offer here. Popular sportbike models from Kawasaki includes Ninja ZX-14R, ZX-10RR, Ninja 1000, Ninja H2 and H2R. They are planning to setup local production for their entry level models in India.