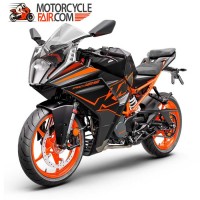 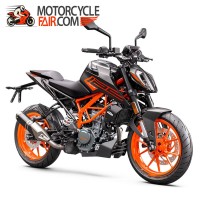 KTM was founded in 1934 by Austrian engineer Johann Trunkenpolz as a car garage for engine repairs. After 3 years of successful setup, the shop named Kraftfahrzeug Trunkenpolz Mattighofen started selling DKW motorcycles and Opel cars along with their usual repairs. Second world war brought them never ending diesel engine repairs and soon after, the sharp fall in repairs encouraged them to manufacture their own motorcycle. In 1951, they came forward with first motorcycle prototype named R100. Two years later, they entered series production with Rotax engines and homemade components. With 20 employees, three complete motorcycles were built in a day.

Ernst Kronreif, Austrian businessman and entrepreneur, soon became a shareholder and renamed the brand to Kronreif Trunkenpolz Mattighofen. They soon brought R125 Tourist, Mirabell and other machines like Grand Tourist in 1955. Trophy 125 was their first race bike and thus, KTM not just entered but also won various titles in national racing championships. As both the owners died in 1960 and 1962, management shift was seen into the hands of Erich Trunkenpolz. Expansion saw workforce increase at a rapid rate as 1971 witnessed 400 full time workers at KTM. The bigure almost doubled in one decade.

Bajaj Auto owns almost half stake in KTM and thus, Indian operations are under the supervision of Bajaj itself. They now ship the single cylinder entire lineup from India to countries of South Asia and Europe. They are known for extreme performance specific products and Indian lineup currently brings just street and track racing products only. Internationally, KTM offers a long list of tourers, dirt bikes, enduro products and even a sports car named X-Bow. They have a unique branding style as Orange finished frame and wheels can clearly distinguish it from other brands from KTM. They are among the best selling sportbike brands of India.